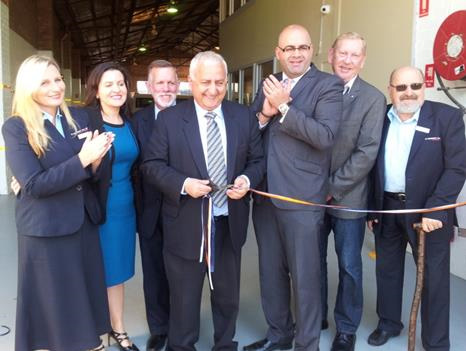 BCCT provides transport with care for frail, aged, disabled and other disadvantaged people, and their carers, who live within the Bankstown and Canterbury local government areas. The door-to-door transport program allows people to access medical facilities as well as providing community engagement services and assisted shopping.

Mr Melham said that the service which is funded by federal, state and local government with additional support from Revesby Workers’ Club, through the ClubGrants program, played a vital role in the community. “Bankstown Canterbury Community Transport supports the vulnerable, disadvantaged and aged in our community and helps them to keep their independence to ensure that they stay living longer in their own homes.” He said services like BCCT “transcend politics” and that they are all about the community.

Mayor Asfour echoed those sentiments and said that many people in the community relied on the service for their quality of life. He also said, “We live in an aging society and we must continue to invest in much needed services like this and strive to make them even better and more efficient.” He also noted that the bi-lingual BCCT staff played an important role in the multi-cultural community.

Jenny Paton, CEO of BCCT, said the journey for the not-for-profit organisation had not been easy and the opening marked a milestone for the 27 year old service which started with one staff member and a few volunteers. Part of the Home and Community Care Program (HACC), the service has been redesigned and reinvigorated in the past 12 months and now moves over 3,000 people each year – doubling the previous year’s trips whilst still utilising the same resources. The move to the new centre was part of this redesign.

BCCT have a team of caring and dedicated staff who are trained in providing a safe, accessible and affordable transport service. To find out more about the service, visit www.bcct.org.au or call 9772 4928.